From the press: Italian Excellence 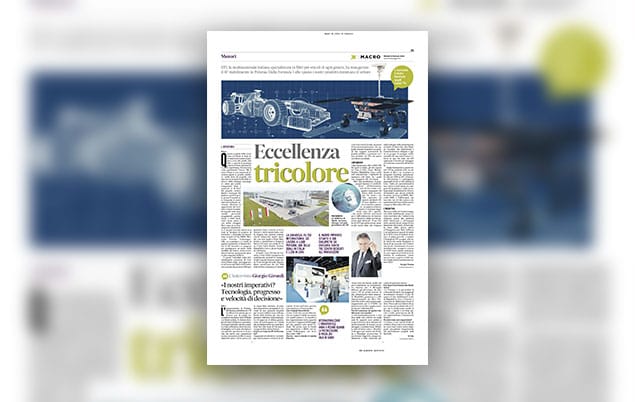 Published by “Il Messaggero” the 22nd of January 2019 an exclusive interview with Giorgio Girondi, the Chairman of UFI Group

The inauguration of the 16th UFI plant, in Poland, gave the opportunity to the prestigious Roman newspaper to dedicate an article to the UFI Group, including a special interview with Mr. Girondi by the journalist Sergio Troise, who defined him “one of the entrepreneurs who reflects well on Italy and the Made in Italy brand”. Here below we report a brief abstract.

S.T.: Why do you continue to open plants around the world?
G.G.: Being international has been at the core of my activity since the ‘80s, when I went to discover China, where at the time mass motoring was just a mirage, they produced 300 cars a year compared to 28 million today and to go from Beijing to Shanghai took 33 hours by train. Today I have five plants there, and seven made on behalf of the Chinese government.

S.T.: What purpose does setting up in Poland have?
G.G.: Poland, in particular the community of Opole, encourages foreign investment. We also have two plants nearby, in the Czech Republic and Poland, which allows us to optimise “just in time” production. Until now, the heat exchangers were only produced in China, now we can also produce them in Europe and this is an advantage because coolers, to a greater extent than filters, represent the business of the future.

S.T.: Why are they so important?
G.G.: The future is in hybrid and electric vehicles. The market is evolving and in our centres, we are committed, together with forward thinking partners, to perfect fuel cell projects.

3D Library Accessories BAUMA Catalogue cross-reference Exhibitions filter elements FROM THE PRESS interchangeable elements Off-Line Filters Product Range Quality Certification Return Filters Suction filters Tank Breather Filters UFI GROUP webtools
This site uses cookies to manage, improve and personalize your browsing experience of the website. For more information about how we use cookies and how to remove them, consult our policy on cookies. You could accept or decline the not-functional cookies.AcceptDeclineFurther Information